Showing posts from June, 2015
Show all

INDIE WRITERS- BE BRAVE, BE BOLD, BELIEVE IN YOURSELF AND PUBLISH! I'm a self-published author of four books that sell all the time. The first one, published in 1990, paved a path for my career as a psychic/medium. The next two books were novels and the interest in them is a happy mind blowing experiences. Both started out as screenplays.

Learn more about me and my books in this recent interview with Literary Lightbox where my second novel,  "City of Redemption" is featured as well as me, the author. http://www.literarylightbox.com/indie-june-ahern/

If you wan to write - DO IT!! Write. In the interview I give some other advice.

Fluff up your aura and pen in hand, paper beneath you, begin....

June 10, 2015
When Flower Powers Explodes Into  Fire Power!After the kidnapping and death of her young son, Liz MacKay, a lonely young woman becomes embroiled in drugs, gunrunning and a  plot to bring down the Black Panther during the Summer of Love.
When Liz's son is kidnapped and murdered her husband abandons her soon after, blaming her for their son's death when her lies reveal she knew more about the crime. In disgrace Liz leaves Glasgow, Scotland in hopes of a fresh beginning, where no one will know of her shame. She arrives in San Francisco during the Summer of Love and is pulled into the scene of groovy young people and free love in the Haight/Ashbury.

Liz joins a commune. Her new family is a curious mix: Black Panthers trying to change the world, a Vietnam vet seeking inner peace, a flamboyant hairdresser ready for fame and love, a flower child and her drug dealer boyfriend who changes girlfriends often. 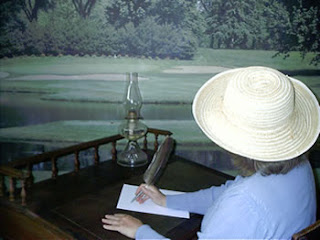